This was my second best year for Halloween.
And I have a feeling, the years to come will be even better.

After ditching decorating the house for the hollow holiday, I managed to hoard a whole collection (well, maybe not that many) of Halloween decor. I didn't go with a theme this year, usually I stick with a theme so I don't go overboard (who am I kidding? I LOVE decorating!) and load up on random items. (And yes, Christmas this year, we will go ALL OUT!) 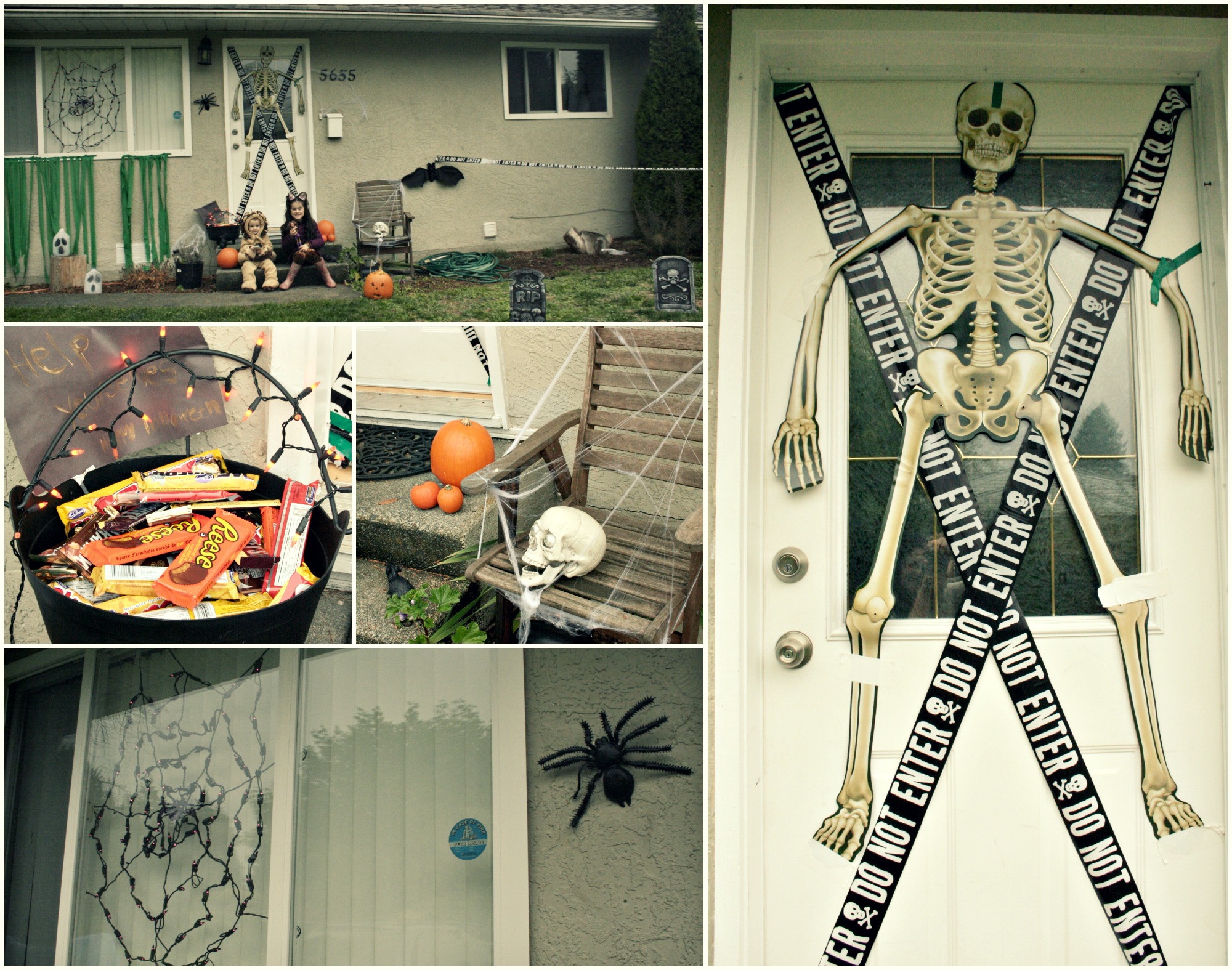 This year was also the first year my two year old and eight year old first trick-o-treating together. It was quite surprising how quickly they worked together and how the little one learned from the big kid. Except at the mall.
Trick-o-treating at the mall was quite hilarious. 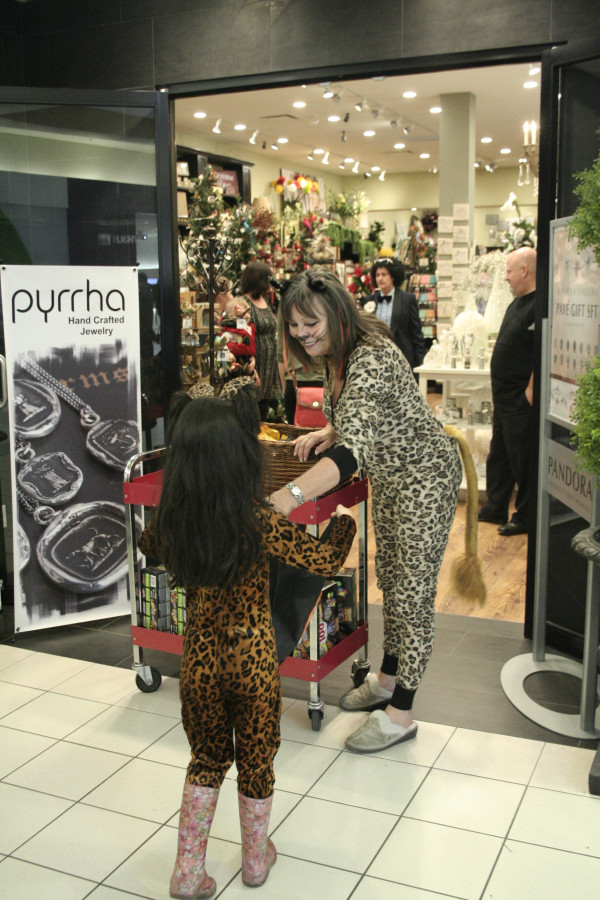 The leopard cub found her relative.
Poor thing was unsure about the mall. For one, she hates shopping, unless it is for toys she loves. As soon as she saw how it works, she got quite into it. 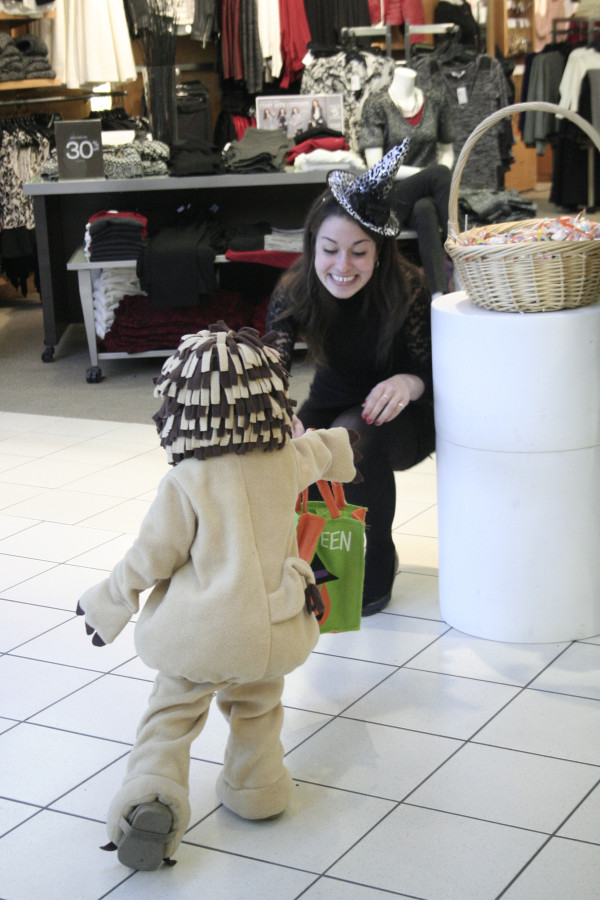 First time trick-o-treating, learned by watching his sister; hands over the bag, and waits for them to stick the treat for him. I couldn't stop laughing.
I couldn't get over how many people went nuts (in awe) over his costume (And I only got it for $5!). I didn't think it would be that great of a hit. Man that kid looked adorable. 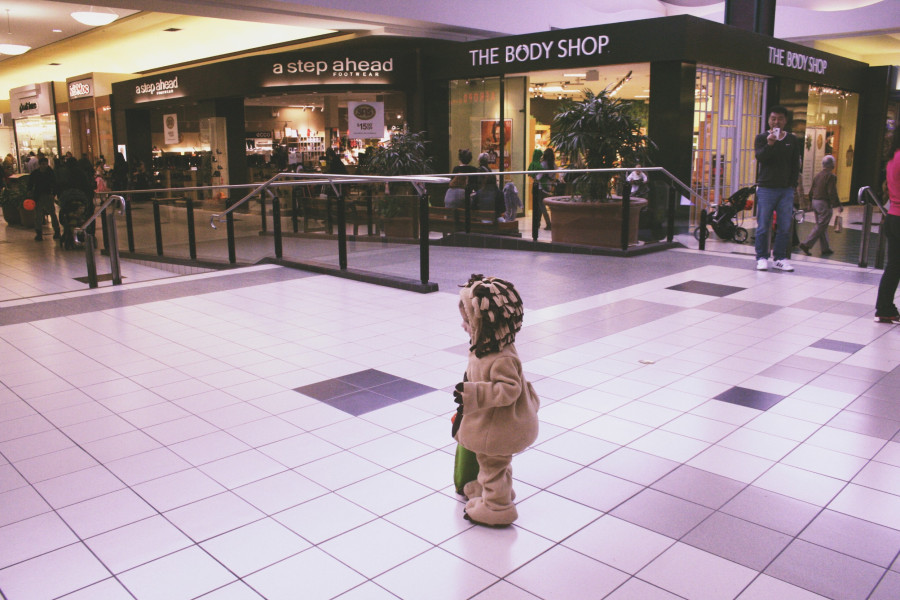 Trick-o-treating at the mall, Dash got quite the looks and fans. Mostly people from other countries, they asked to take pictures of him, one of them sent me this photo they took of him. He is now popular in Tokyo.
_________

Before heading out trick-o-treating for the night, we got a very neat visitor... an owl. And he kept flying (ever so quietly) through the yard, from the swing set, to the roof of the car. It was freaky! Naima was quite taken by it. 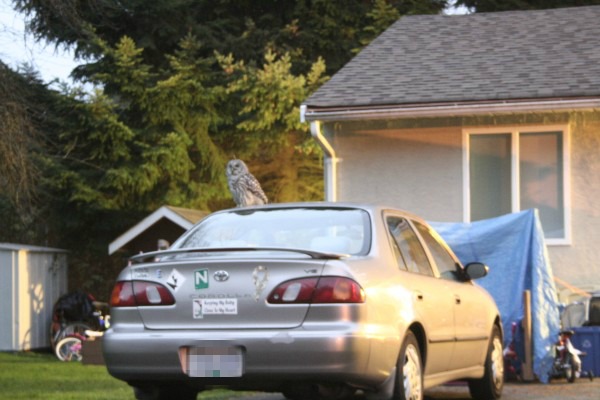 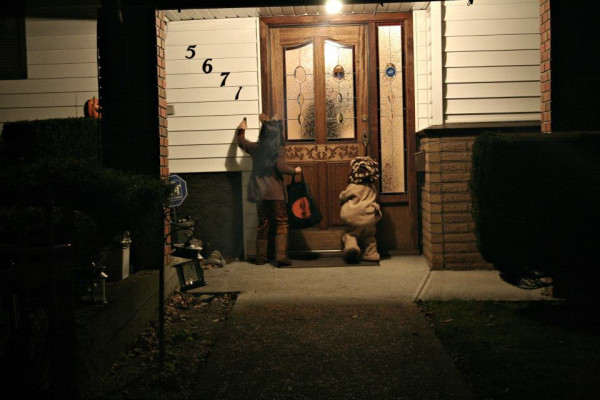 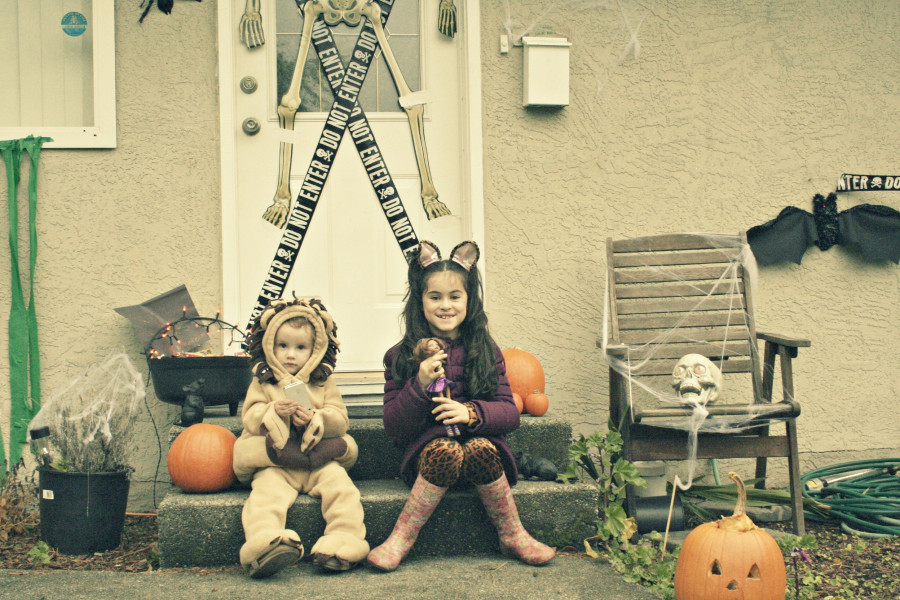 My trick-o-treaters had a fun night!
Hope you had a safe & fun Halloween!